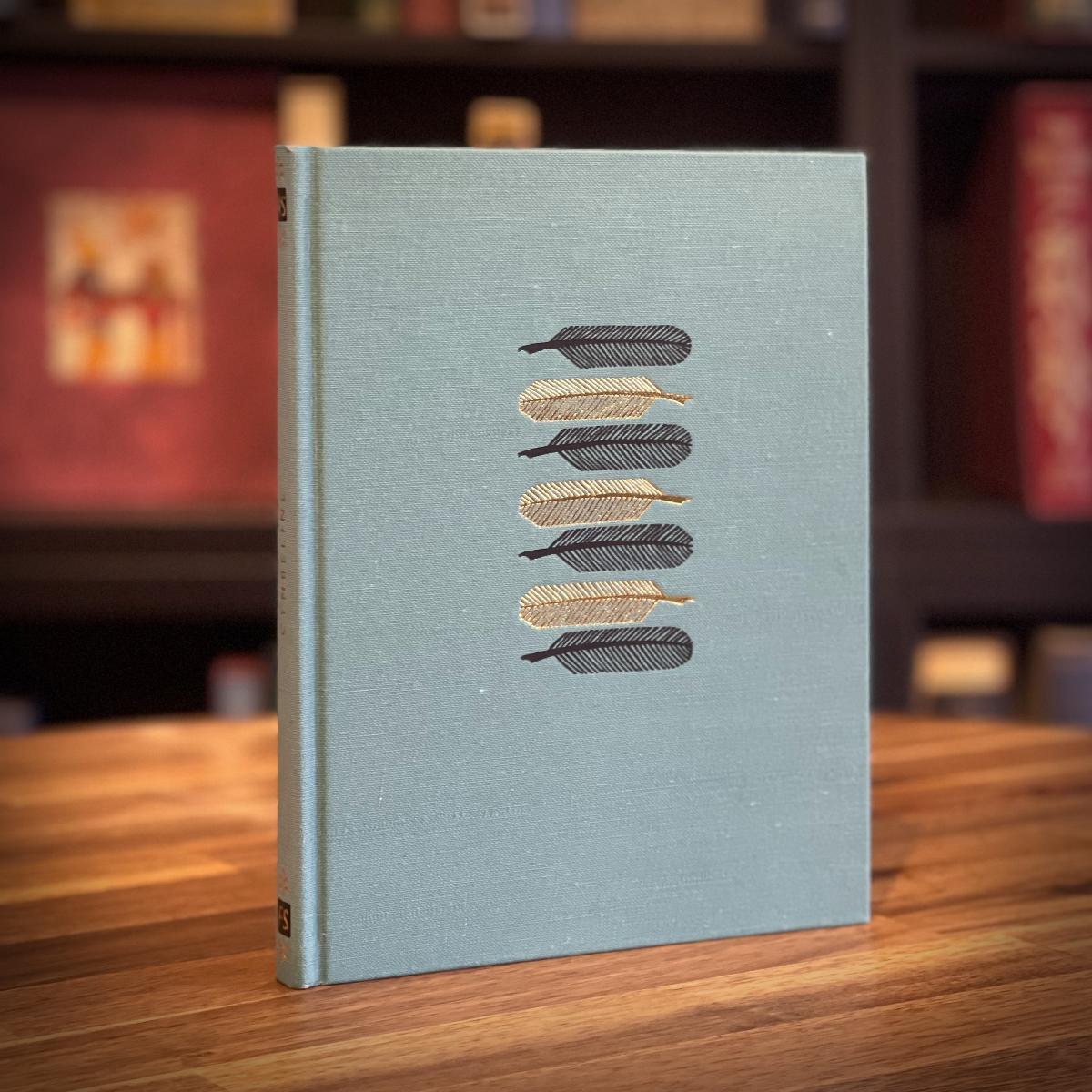 Cymbeline is in hardcover with a slipcase in near fine condition. It has green boards with gilt and black feather motif in a grey and white mottled-patterned slipcase.

Cymbeline is a play by William Shakespeare set in Ancient Britain (c. 10–14 AD) and based on legends concerning the early Celtic British King Cunobeline.

King Cymbeline of Britain banishes his daughter Imogen’s husband, who then makes a bet on Imogen’s fidelity. Imogen is accused of being unfaithful, runs away, and becomes a page for the Roman army as it invades Britain. In the end, Imogen clears her name, discovers her long-lost brothers and reunites with her husband while Cymbeline makes peace with Rome.

William Shakespeare (26 April 1564 – 23 April 1616) was an English playwright, poet and actor. He is widely regarded as the greatest writer in the English language and the world’s pre-eminent dramatist. He is often called England’s national poet and the ‘Bard of Avon’. His extant works consist of some 39 plays, 154 sonnets, 3 long narrative poems, and a few other verses, some of uncertain authorship. His plays have been translated into every major living language and are performed more often than those of any other playwright. He remains arguably the most influential writer in the English language.

Why buy Cymbeline from Daker Books?